“I am particularly desirous that there should be no misunderstanding as to my Boléro.  It is an experiment in a very special and limited direction, and should not be suspected of aiming at achieving anything different from, or anything more than, it actually does achieve.  Before the first performance I issued a warning to the effect that what I had written was a piece lasting seventeen minutes and consisting wholly of orchestral tissue without music-of one long, very gradual crescendo.  There are no contrasts, and there is practically no invention except in the plan and the manner of the execution.”

Boléro reaffirms Ravel’s long-standing interest in the dance and his continuing preoccupation with Spanish music and orchestral color.  It is also one of his last works (he only completed three more compositions after Boléro).

The music critic Edward Robinson had the following to say about Boléro in 1932: 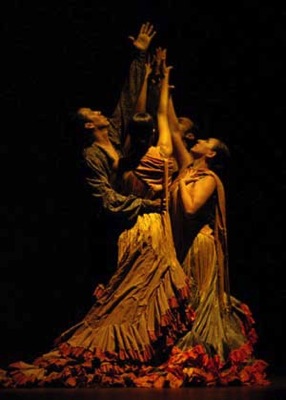 “Ravel’s Boléro I submit as the most insolent monstrosity ever perpetrated in the history of music.”

Despite critical misgivings, however, the public, always the ultimate arbiter, made Boléro one of the most popular pieces of concert music written in this century.  Within weeks of its American premiere, it carried Ravel’s name and music to more ears than had any of his other works of the preceding four decades: virtually every major American orchestra scheduled Boléro for immediate performance; six recordings appeared simultaneously, the melody was arranged for jazz bands and just about every conceivable instrument and ensemble, including solo harmonica, and it soon appeared in Broadway revues and cabarets.

Oh, did I mention that there is a piano version?

“I have written only one masterpiece. That is Boléro. Unfortunately, it contains no music.”