Next: Ravel & His Contemporaries

This is the last major orchestral work by Ravel.  Again we can discern the influence of jazz at play, and a certain debt to both Stravinsky and Gershwin.  At the same time, there are strong elements of (surprise) Spanish and Basque music.  The finale, heard here, has a certain circus atmosphere, with the pianist performing feats of pianistic brilliance.

Ravel composed two piano concertos (the other one is for the left hand only), and these two works contain Ravel’s most successful adaptation of American jazz. Ravel toured the United States and Canada in 1928, to great acclaim, and this concerto, with its “American” ebullience, can be considered the spiritual fruit of  his trip to America. 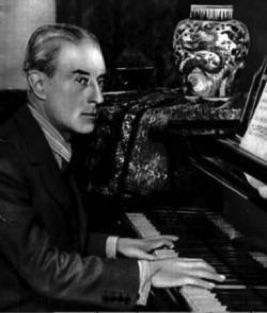